Our solutions are based on the SCIENCE OF CLEAN™.

Since 1998, the commercial uses for the technology have rapidly expanded. Food packers, wineries, and grocery chains have been using Airocide to protect their products from mold, bacteria and to extend the shelf life of perishables by as much as two weeks.

The technology is based on revolutionary research from NASA, University of Wisconsin (UW), and Wisconsin Center for Space Automation and Robotics (WCSAR), developed originally for the NASA space program. The Airocide commercial air purification systems use patented technology to kill more than 99.99% of the airborne pathogens that pass through its processor. Airocide is the only air treatment system that after killing the microorganism it comes in contact with completely mineralizes (destroys) them, converting them to carbon dioxide and water vapor.

Each Airocide product has a fan that draws the air from your home into the unit. The air is slowly pushed across hollow glass tubes. These tubes are coated with what is called a catalyst. A catalyst is something that makes the chemical process easier. The name for this process is Photocatalytic Oxidation. It is safe, efficient, and has been proven to produce no harmful byproducts. This is the exact same process that NASA used as a VOC air purifier on the International Space Station.

The technology of Airocide is so advanced there are no filters, so it doesn’t trap particles like other traditional air purifiers. Rather, it destroys pathogens like mold, bacteria, and viruses at a molecular level. Airocide also cleans the air of nearly 100% of VOCs, many of which are asthma and allergy triggers. The secret is the photo-catalytic reaction chamber. The fan draws air into the unit dispersing it across a matrix of hollow glass tubes (catalysts) that are activated by a high intensity of 254 nanometer light. Pathogens are destroyed on contact, leaving nothing to clean up. FDA approved, the APS200 air purifier is safe and effective, as it does not emit Ozone or other harmful byproducts.

Some of our Airocide Products 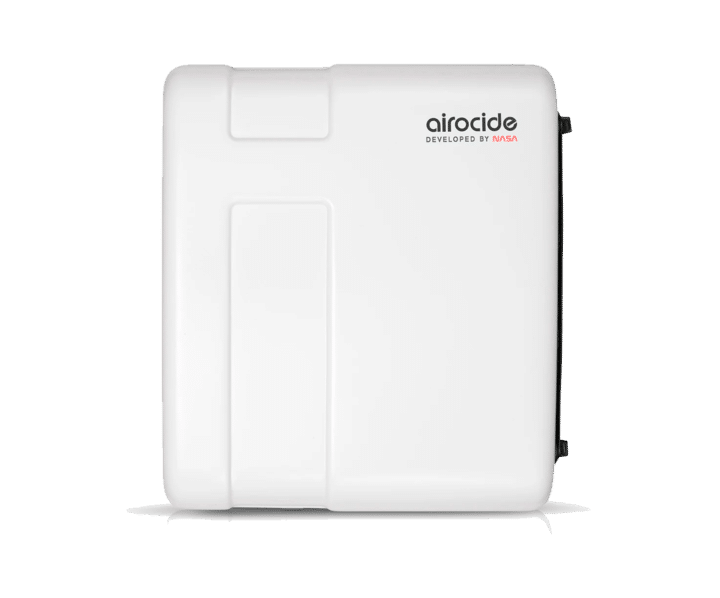 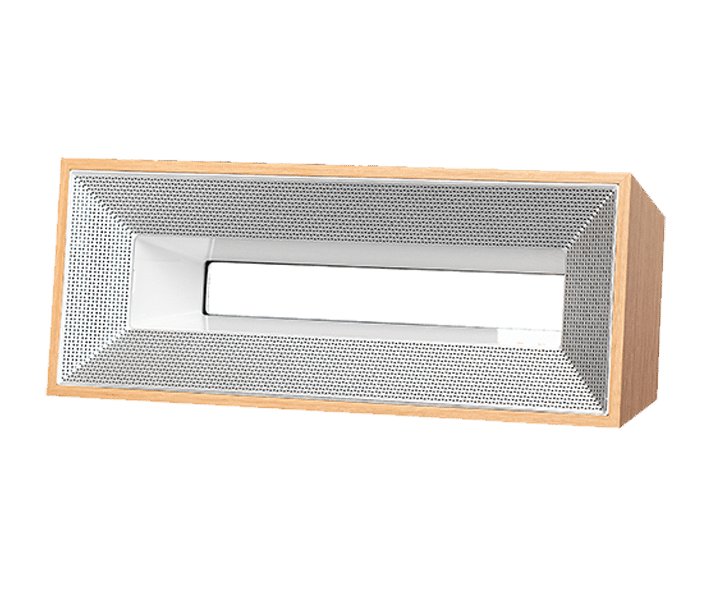 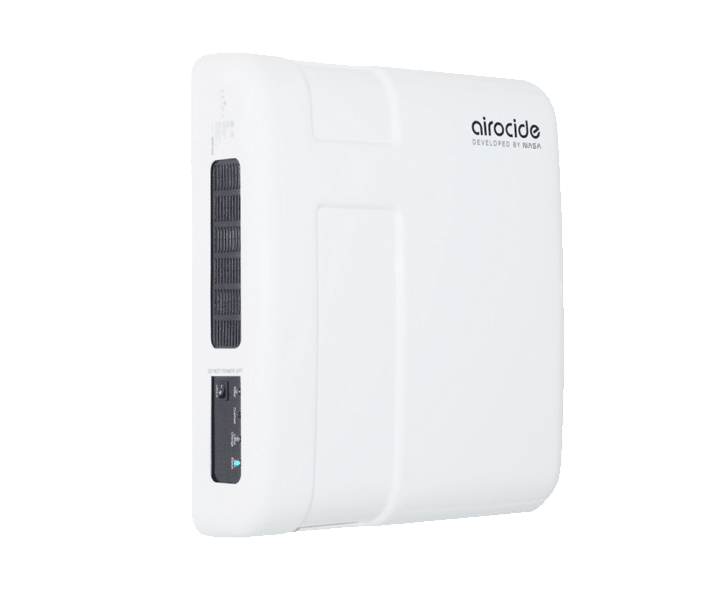 Inside this cover is a reaction chamber that is densely packed with tiny glass tubules, each nano-encrusted with a highly refined, supercharged web of titanium dioxide. Untreated air is drawn into the unit via a high-precision fan, then routed into and through micro-tunnels that have been charged with 254 nanometer light. Surface-bound (OH-) radicals bubble up from the tubule surfaces waiting for anything organic to touch them.

The Airocide air purifier line of products is revolutionary in that it utilizes technology created and used by NASA. An award-winning air purifier that is versatile in its applications, the Airocide is guaranteed to rid the air in your home of airborne allergens, pet dander, mold, and harmful Volatile Organic Compounds (VOC’s).

The technology used in AiroCide’s commercial air purification solution combines two known pathogen-killing techniques, Photocatalytic oxidation (PCO) and ultraviolet light to destroy harmful airborne microbes. The oxidant used in PCO is the oxygen that makes up 20% of our air. Because the concentration of oxygen in the air is so much larger than the (total) concentration of gaseous indoor air pollutants, it is not necessary to employ additional oxidants such as ozone (O3) or hydrogen peroxide (H202). The system produces no ozone and are non-filtering systems.

Easy to operate, the Airocide air cleaner will complement any home/office décor with its dramatic appearance. And Airocide is virtually maintenance-free thanks to its filterless design. Airocide is built to work in any sized room and will stand up to protecting your home 24/7. 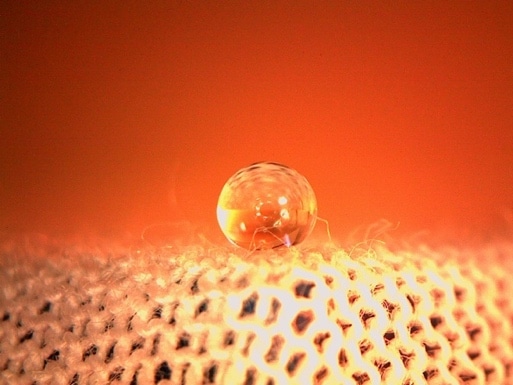 Titanium dioxide (TiO2) is the photocatalyst used. A unique process is used to create the patented TiO2 formula that coats the catalyst material. When this material is irradiated with the ultraviolet photons from the lamps inside, hydroxyl radicals and superoxide ions are formed. These elements will oxidize (reduce to trace elements of carbon dioxide and water) volatile organic compounds (VOCs) absorbed on the catalyst surface. They will also kill and decompose airborne pathogens. Because the organic material is completely oxidized by this process, the photocatalytic reactor is self-cleaning relative to organic material on the catalyst surface.

Here’s what happens: A quiet fan draws in airborne allergy, mold, and chemical sensitive triggers and slows them down, dispersing them across a densely packed matrix of our coated catalyst. As they contact the surface of these catalysts they are broken down at the molecular level in a process known as oxidation. The entire process is safe, produces no ozone, and is encapsulated within our Reaction Chambers. Simply replace the Reaction Chambers (sold as a pair), once a year – there’s no mess like filters – just clean air year-round.

During the day, while you are gone, the Airocide will run at full speed on the High Setting. Day time is peak pollution producing time, and the Airocide will work to overcome this. Outside activity, such as passing cars, produce air pollutants that enter your home through the air conditioning system. And, inside the rays of the sun accelerate production of carbon-based air pollutants. But, there is no need to worry. Airocide will be eliminating all of this peak pollution.

The same protection, but quieter.

At night the world slows down, and so do you. It is time to get some much-needed rest for the day ahead. The Airocide unit will automatically switch to the low mode when the sun goes down. It will still be providing the same level of protection, just more quietly. That way, you don’t even need to think about it.

The Airocide commercial air purification systems use patented technology to kill more than 99.99% of the airborne pathogens that pass through its processor. Airocide is the only air treatment system that after killing the microorganism it comes in contact with completely mineralizes (destroys) them, converting them to carbon dioxide and water vapor.

Who Will Benefit From Life With Airocide?

Airocide systems, a non-chemical (no ozone), commercial air purification technology. Our commercial food safety air sanitation solution was developed from NASA technology and offers the latest innovation in airborne cross-contamination protection for your company, your valuable brands, and your products. The applications are almost infinite when it comes to improving and protecting commercial indoor air quality (IAQ), both effectively and cost-efficiently. Airocide works for NASA, AiroCide will work for you.

"Since I've installed the Airocide units and running them 24 / 7 year-round, I had no black mold issues in the grow room."
Brad W.
Airocide pays for itself 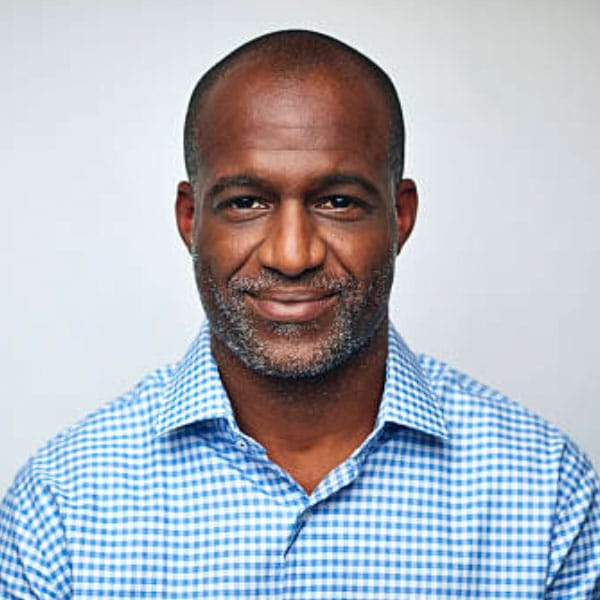 "Since we put Airocide in our home, we have had no allergy flare-ups, we sleep great, we feel great. Go ahead and try it, you have nothing to lose."
August
We love Airocide 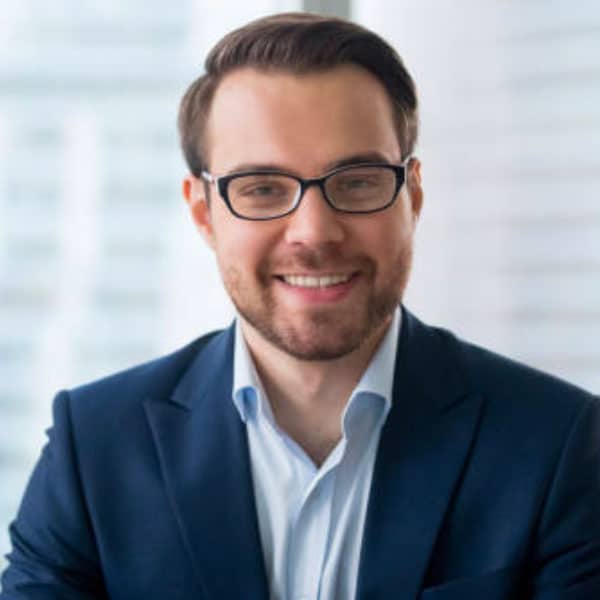 "If I saw someone that I knew that was suffering, from even a fraction, of the allergies that I suffer from, I would definitely recommend Airocide. I think it’s worth its weight in gold."
Ingrid
Airocide changed my life 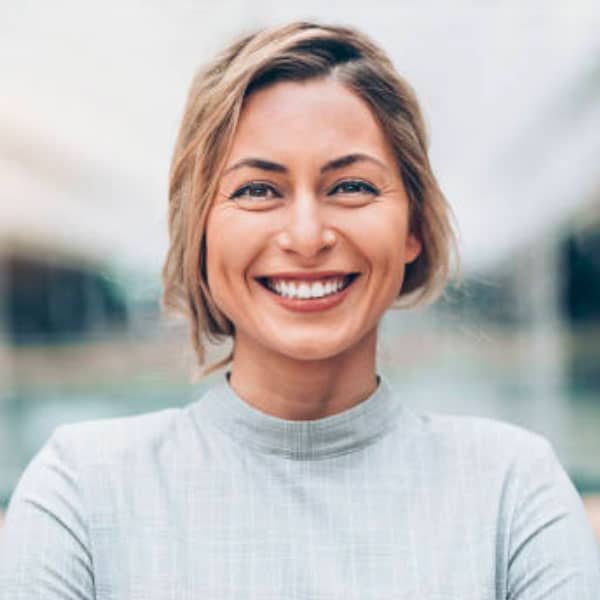 The AiroCide story begins in space with NASA. They had a problem with ethylene gas (C2H4)! NASA pioneering space travelers needed to grow and manage their own crops. This required the development of space-age greenhouses where astronaut farmers could experiment with harvesting large-scale food crops. Ethylene is a naturally occurring, odorless, colorless gas given off by plants that speed up the ripening of fruits, vegetables, and the aging of flowers, encouraging decay. Comprised of carbon and hydrogen, in closed growing environments, like on a spacecraft or in a terrestrial greenhouse, ethylene builds up quickly and plants mature too fast. Therefore, ethylene gas removal is important to preserving crops not just in space, but also on Earth. Because commercial grocers, cold storage warehouses, and florists also have an equally specific interest in removing the ethylene gas. If they don’t it ultimately shortens the shelf life, storage life, and home life of their products.

Airocide is the only commercial air purification technology that completely mineralizes (turns organics into carbon dioxide and water vapor) airborne bacteria, mold, fungi, mycotoxins, viruses, allergens, Volatile Organic Compounds (VOC’s like ethylene), and odors. What’s more, the commercial device has no filters that need changing and produce no harmful byproducts, such as the ozone. This Airocide technology was first launched aboard Space Shuttle Columbia mission STS-73, where onboard the spacecraft the device was used successfully to preserve crop growth by removing ethylene gas and other airborne contaminants.

Although Airocide has just recently launched in the consumer market, it has been used by many industries for years to rid the air of gases and toxins. Airocide is currently hard at work in the grocery and food processing industries extending the shelf life of fruits and vegetables. Airocide is also at work in wineries, ridding the barrel rooms of mold due to damp conditions. Plus, Airocide is used in hospitals, schools, and daycare centers to reduce the spread of infectious diseases.